Why do they buy precious paintings?..a journey inside the minds of the rich

Have you ever stopped to wonder why rich people spend so much money on paintings, especially when at first glance, these works of art may not be the most beautiful? Here are some of the answers we got.

The mere desire to acquire

Often, one gets a sense of personal satisfaction when acquiring the things he wants, especially if they are rare, and it is believed that the motivation of the wealthy to buy expensive paintings stems from the desire to experience this double satisfaction.

In 2005, Mark Zuckerberg, the owner of Facebook, asked David Chu, a graffiti artist, to paint the walls of the foundation’s first office with a painting of his own creation. Million US dollars. What happened was Zuckerberg’s desire to acquire something valuable, nothing more or less.

According to Michael Norton, professor of business administration at Harvard University, we cannot question the ability of new experiences, adventures, and challenges to make a person feel happy, but at the same time, according to his book, The Science of Happy Spending, people spend a lot of money from material possession of things. .

This means, by extension, that the motive is the desire for possession, not the greed for happiness. 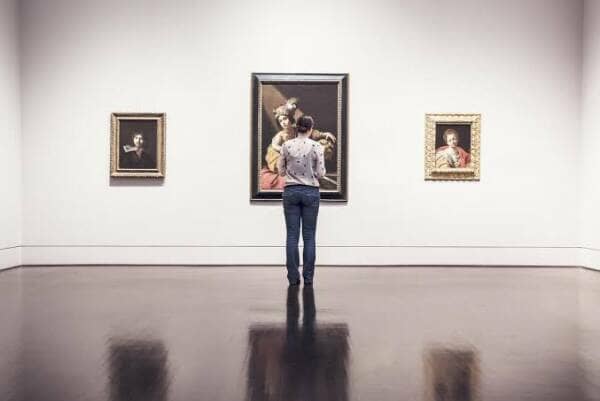 Wealth obviously guarantees the luxury of holding valuables, and so collecting paintings may become part of the style of the wealthy. In other words, the acquisition in itself is no longer the goal, but has become the identity card of the rich person to himself; As someone who is always present at art galleries, auctions, and frequently comes into contact with influential figures in any society.

Brands, artists, and everyone who owns a product that can be sold plays the “lifestyle” chord in order to attract this segment of people, by using clear strategies that target a specific social class, and most importantly; a certain income level.

Throughout history, art has proven to be a great investment method that brings fantastic returns, for example; In 2020, global sales of art and antiques reached an estimated US$50 billion.

The idea of ​​investing in paintings or works of art generally revolves around the risk of buying the work itself, without considering its financial value at the moment of purchase, because some artworks gain financial value over time. What sells for a few hundred dollars today, may be sold for hundreds of thousands in the future.

Da Vinci’s “Salvator Mundi” is a good example of analogy; In 2005 the painting was sold for $10,000 at an auction in New Orleans in the United States, and only a decade later, it was resold for $450 million at Christie’s. 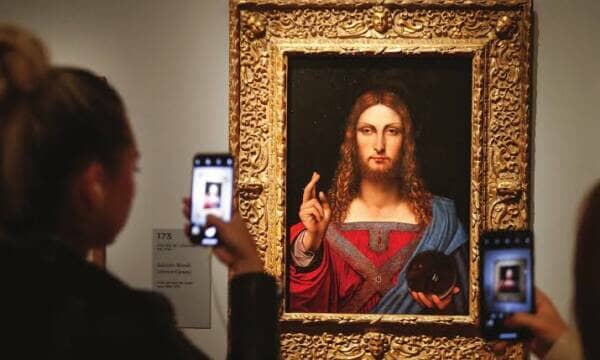 Investors are always keen to ensure that the assets they own are frozen, in order to avoid any circumstances that may occur in this world, and art, especially paintings, plays an exemplary role as a store of value for these wealthy people.

In fact, art has proven that it can protect its owners from depression and collapse, for example; During the Second World War, and with the collapse of the currencies of some countries, art collectors made huge profits, due to the doubling of the value of the artworks compared to the currencies themselves.

Not to bury our heads in the sand, humans tend to varying degrees of pride in what they have, it seems bad in general, but it is the truth. Although buying a luxury car or a luxury home is practical first and foremost, the acquisition of precious paintings remains illogical, because it is something that a person may not need, as much as he wants.

On the social level, flaunting the possession of valuables may open the door to establishing friendships with certain groups of society, as we mentioned, but sometimes it serves as an “ice-breaking” factor through which you can start conversations with strangers, by talking about it.

In some countries, wealthy people buy art to avoid taxes. In the United States for example, if you sell a painting and put the money in the bank, you must pay capital gains tax on it. And that’s what some rich people don’t want to do.

Over time, some wealthy people realized that the acquisition of paintings or luxury collectibles, according to some laws, does not require paying taxes, as is the case with liquid funds, or assets such as real estate, and therefore the wealthy collect these works of art from all sides.

According to legal professionals, there is no punishment for the perpetrator of this act, but it certainly negatively affects what we might call social justice among citizens.

In the end, this was a summary of the reasons that might push the wealthy to acquire precious paintings, without considering their price compared to their actual material value.